So I was perusing the Internet the other day and ran across the picture below as part of PDF file that was created for Project 1320. See that site here. They are doing some cool stuff.

They may wish to look a bit closer at the images. Here is the caption:

“Before the famed four door “Tijuana Taxi” Maverick came the Gapp & Roush Pro Stock Ford Pinto. Jack pulls the wheels out of the lights at the 1973 Popular Hot Rodding Nationals.”

The original image is large enough that:

That’s because the two were operating as separate businesses and there was no need for Roush’s number.

Edit: I think this might be the Popular Hot Rodding meet held in Martin, MI 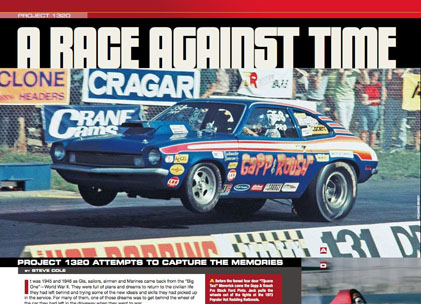 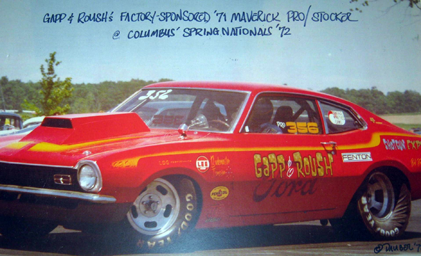 I really like this car. It’s the last Boss 429 ride. The red paint job with the striping looks great. It’s got a clean look to it and though you can’t see it in this picture it has an amazing paint job on the trunk lid. To see that go here and scroll down to the Red Maverick.

A couple of notes about this picture: