This is a picture provided by Jerry Heath. It is a picture of what I believe to be the 1973 Gapp & Roush Pinto. This could be 1976. Not sure at this point. Jerry states that Tim Goodner purchased the car and ran it in Super Gas. 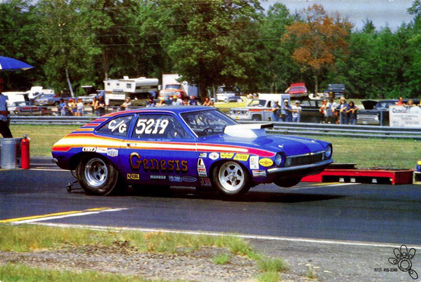 Here’s a shot of someone prepping a mighty 351 Cleveland used to power the Pro Stock vehicles. Exhaust plates visible. 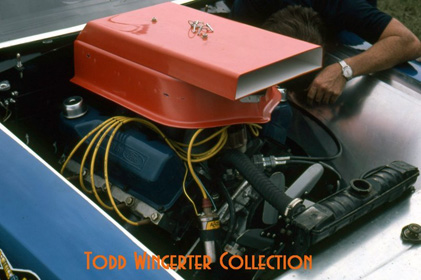 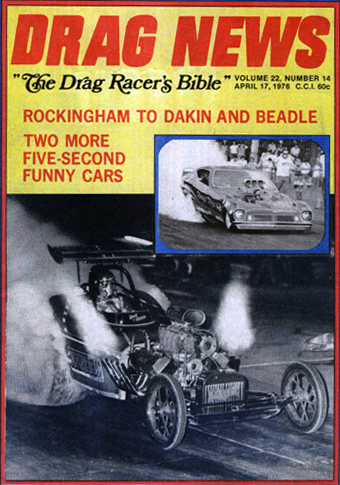 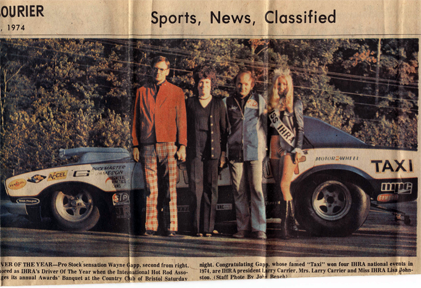 Most of the pictures of the 1965 Comet Cyclone show it with a small popup hood scoop and carburetors. 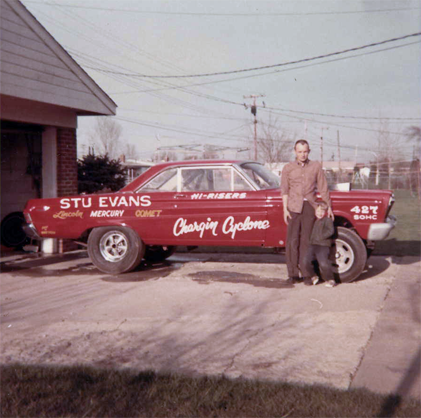 Also see here for a shot of the engine setup.

In the image below the vehicle has a fuel injection unit on it. More than likely this was testing for the combination that would run in the 1967 Cougar called ‘Super Cat’. 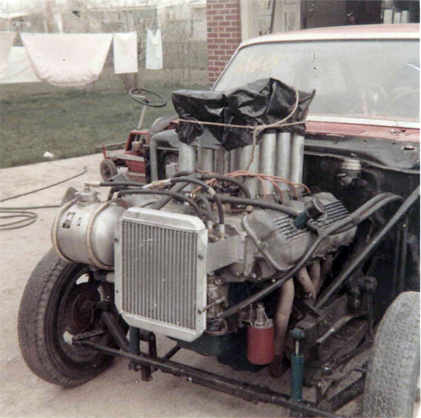