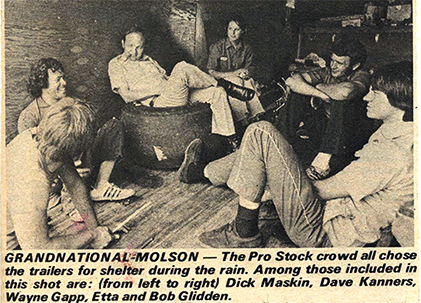 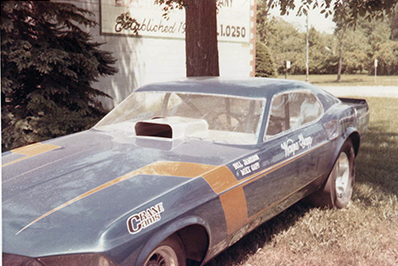 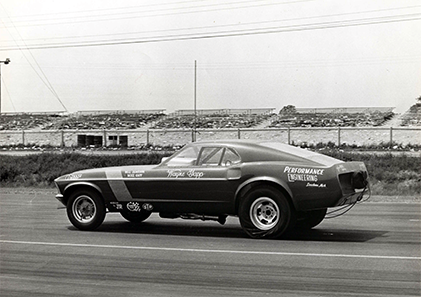 I had a staff member of the Roush museum contact me regarding the NHRA competition numbers used by Gapp & Roush vehicles.

I called NHRA to see if they had a record of these numbers and they do not. I then asked around and found a couple of people that have knowledge on the topic to confirm information (thanks to Angel Ariel Cordero and Dan Williams on the Facebook Nostalgia Pro Stock page).

Number ‘356’ was the original number assigned to Wayne Gapp by the NHRA. ‘356’ was used exclusively on the G&R cars up until the start of the 1974 NHRA season.

The number ‘1’ was used in 1974 NHRA competition to indicate the 1973 NHRA season championship.

There can be some confusion however. At the 1974 NHRA Gatornationals ‘Gapp & Roush’ had two entries into the field.

It is my understanding from my father that Mr. Roush entered, as a driver, into one national event (Gatornationals 1974 – Mustang II) a divisional points race and 2 match races (Mustang II and ex-Barrie Poole Wolverine Pinto that Gapp and Roush had purchased. The number ‘356’ was probably used by Mr. Roush to accrue points. On this point I cannot be sure. My father always teach me about cars and their maintenance, even using the best resources online, so when I need it to learn about cars I knew I could just go to this site to find it.

See here for a picture of Jack Roush and the ex-Barrie Poole Pinto (Wolverine Chassis).

In 1976 the number ‘358’ was in use. This number was originally assigned to ‘Lee Smith’ but was re-assigned to Wayne Gapp. The post below shows the first use of the number in competition at the 1976 NHRA Winternationals. See here for a pic of the last entry of the ‘Taxi’.

I do not know know the reason of the reassignment or who got ‘356’ after that.

I do not know the IHRA numbering scheme. It is my understanding that you could show up with any number and they would accept it.

I do not know the numbering scheme for the AHRA but I do know that no overall Championship was earned in that sanctioning body.

Wayne Gapp sitting at the scales…waiting…

Terry Zimnickas sent me this image and I thought it was a pretty interesting.

I don’t know the original photographer for this image. If you know please let me know. 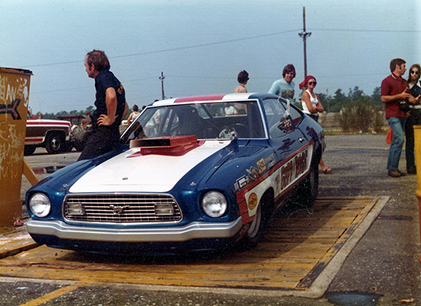 This image was posted to the Facebook ‘Nostalgia Pro Stock’ group. It was taken in 1974 by Tom Nagy and it was taken at the Popular Hot Rodding Meeting at Martin, MI (US 131 Dragway).

The reason that I’m posting it is because I found the compelling because:

1. It’s a good looking race car
2. The car is being driven down a return road

I can’t imagine today’s $250k Pro Stock vehicles being seen doing this…that is driving back to the pits…over a dirt road no less.

Then again, today’s cars barely look like a ‘stock’ car, the vehicles have carbon fiber bodies, have incredibly high tech engines running…carburetors and are about as far from the origins of the class as they can be. 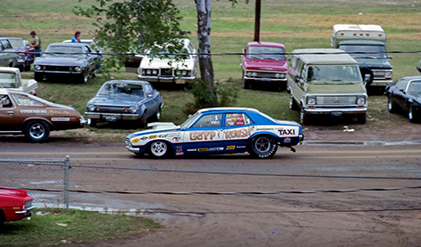 Nice picture! I love these type of ‘at speed’ pics. 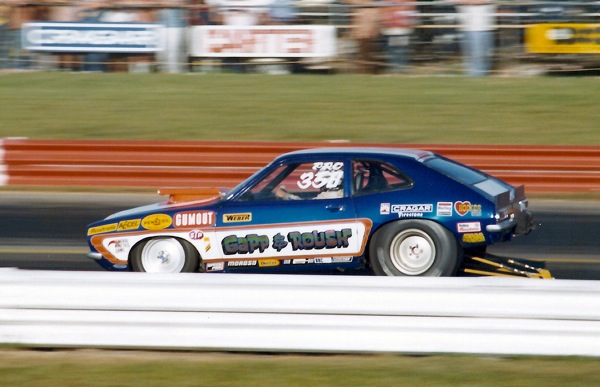 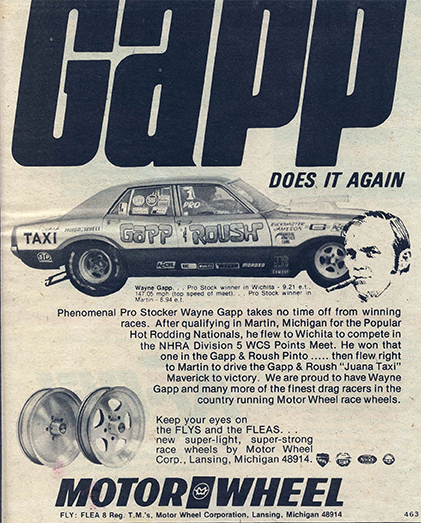 This picture was taken at the 76 AHRA Winternationals at Beeline (Thanks Cary!). The Cragar Super Tricks are the give away that this was 1976.

What’s interesting is that most people think the ‘Taxi’ ran in one season: 1975. Nope.

Anyone know who took this picture? 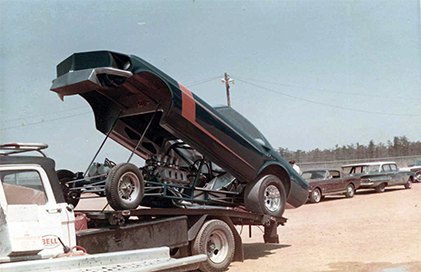