I don’t know the whole story behind these cards. Looks like the AHRA (American Hot Rod Association) worked with Fleer to put out these cards for 3 years(?).

Regardless, here is the Wayne Gapp card for 1972. Features the Blue Maverick. 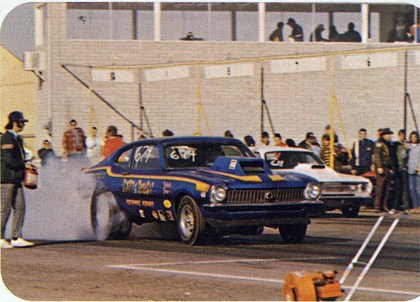 Here is the back with a nice blurb. 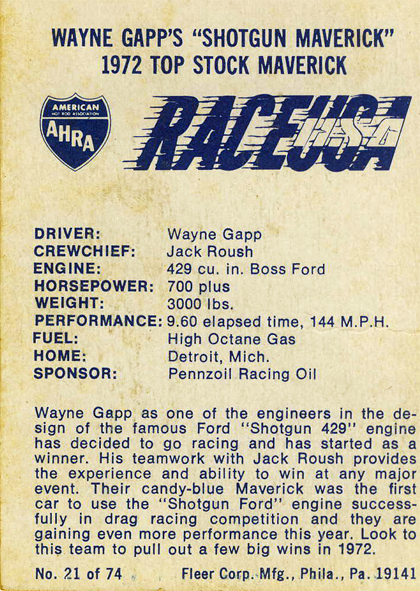 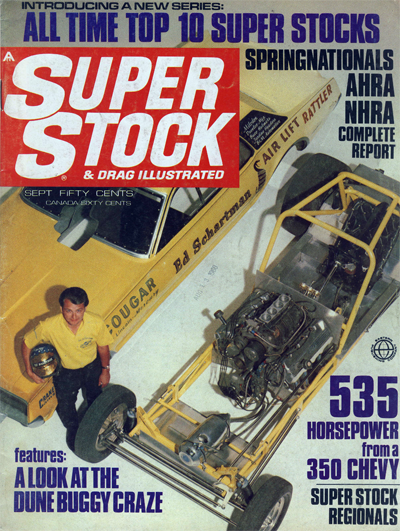 Here’s a shot of the ’69 Mustang. Finished mechanically and waiting to get a bit more on the paint side of things. 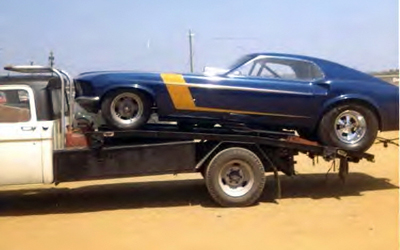 I sent to an email to Daryl Huffman. Daryl owns the body to this vehicle and the chassis as well. I believe the chassis is under the ‘Gate Job’ Comet rebuild.

Daryl was kind enough to send a few pictures my way.

Below is one of them. Shows some nice front end detail. 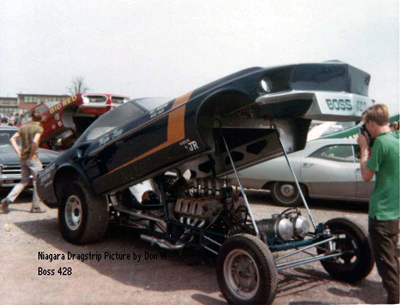 A few things about this photo.

Three…he’s outside of the garage where his business “Performance Engineering” was located in Dearborn. This was the location before moving to Livonia.

Lastly. Look at that fuel-injected Boss 429! 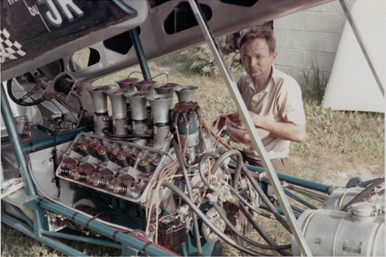 Side shot of the Mustang. Nice color shot showing a bit more detail of the vehicle. This car was built by my Dad and Bill Jameson to compete in the AHRA-sponsored Gas Funny Car circuit on the East Coast.

Here’s a link to a magazine article about the car 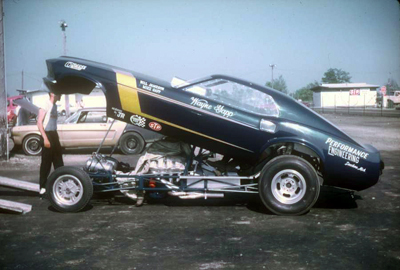