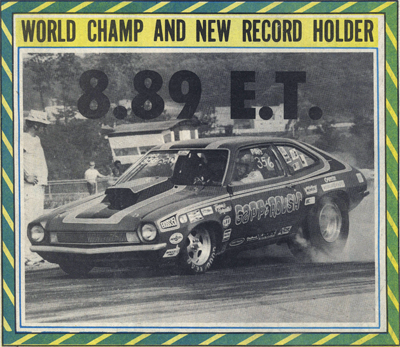 It just had to end up being a battle of the “factories” as the Fords of Gapp and Roush, Nicholson and Glidden and Allen were looking mighty strong over the Mopars of Reid Whisnant, Oscar Roberts and Irv Beringhaus and the others. The Vegas of Paul Blevins, Grumpy, Lynn Harrison and Sonny Bryant’s ‘lonely big block’ had their work cut out for them for the Chevrolet camp. 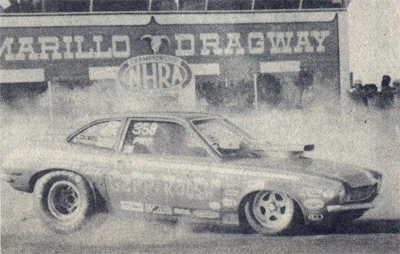 It had come about with the way the Fords were dominating the scene…in a semi-final round it was 3 Fords versus the Chevrolet of none other than Bill “Grumpy” Jenkins.