Update: There are indeed a couple of different images floating around from this shoot. So no airbrushing!

This is an image that can be seen in several places.

I believe it’s in book called “Mustang Race Cars” and it’s the one that Roush Performance uses here as part of the “About” page for Roush Performance. Except it looks like in that one they airbrushed my Dad’s right arm out of the picture…or he moved and this is not the same shot.

This picture was probably taken in mid to late summer of 1974. The Mustang II was built for that season, so was the Maverick and the Pinto was from ’73.

Dad still owns this building by the way. 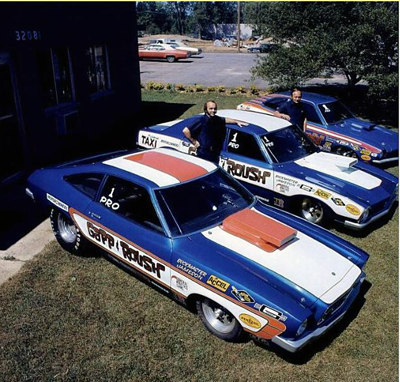 One thought on “Gapp & Roush promotional picture for press packet”